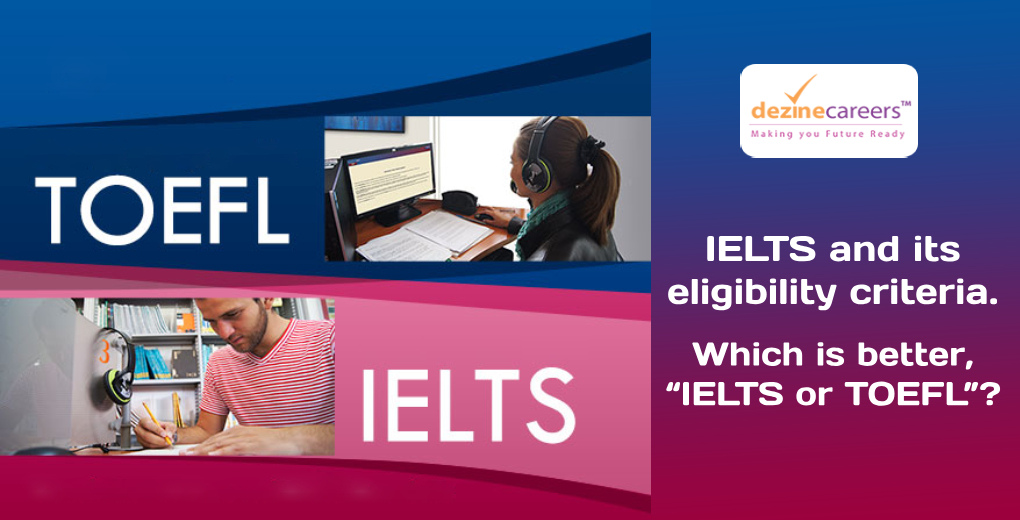 IELTS, an exam famous amount the individuals who either want to work or study abroad is owned jointly by the 3 important institutions- Cambridge ESOL (English for Speakers of Other Languages), the most commonly known among students, “The British Council” and the IDP (International Development Program) IELTS Australia. All the 3 institutions hold a significant amount of power and authority and comparing them with each other won’t be the right choice. We can’t distinguish them sayings “This one of the 3 is best for taking the IELTS test”. You can easily trust any of this IELTS conducting agency.

IELTS is a test to assess the English-speaking skill of an individual or a candidate. This exam is divided into 4 parts- Reading, Writing, Listening and Speaking skills and all of the 4 are necessary to be cleared with a proper band score to determine the skills knowledge and grip in the individual.

The IELTS is conducted for candidates for the particular 3 reasons. They are:

1. Study- Accepted along with 10,000+ institutions globally, IELTS helps the students to get into the institution of their choice and make them lead a life of satisfaction and better learning.

2. Work- Moving on to the working sector, almost all the employers around the world have been found accepting the band score of IELTS. This helps them choose the right candidate globally. It makes them get a satisfaction that the communication which has become an essence today in every sector is not an issue with the employee they hire to work with them.

3. Immigration- IELTS general test is the right choice for a candidate immigrating to Australia or Canada where for work and residency purpose the score of IELTS is important. It helps in getting Visa or permanent residency and also works at the professional level.

If you are thinking about whether or now there is set eligibility for taking the exams for IELTS, well, the answer is none. IELTS can be undertaken by the candidates no matter what age, religion, race, gender or race, etc they carry. But just to be safe, IELTS for below 16 students are not recommended.

Is there an age limit for IELTS exams?:

Although there is no age limit to undertake IELTS previously the minimum age suggested for undertaking the same was 16 and above. But over years, some changes have been brought in the Canadian citizenship, wherein the age limit has been lowered from 16 to 14. The change in Canadian Citizenship ACT brought in these changes where the candidates applying to prove their proficiency with the English language now needs to be 14 and above. In short, all from 14 to 64 aged people who want to get a citizenship of Canada or immigrate to Canada can after meeting the requirement of language set by the Citizenship and Immigration Canada (CIC) can proceed towards their dream place.

Is there a set limit on the number of IELTS attempts one can undertake?:

No. No limit is set and neither is there any number specified for the number of IELTS attempts a candidate can undertake. Until one receives a satisfaction with their band score, they can keep taking the IELTS test to achieve their targeted band score. The only point to remember here is, with every attempt you make, you have the pay the fees for IELTS.

Is there any educational eligibility for IELTS?:

There are no set eligibility criteria by the IELTS conducting institutions for the General as well as Academic training. Although the institution where one wishes to study or work in outside organizations should always be checked for any significant demand or eligibility as regards the eligibility, to get a hassle-free entry in there.

Which is better, IELTS vs TOEFL?:

No matter whether its IELTS or TOEFL, both these scores are accepted in outside organizations and universities. So, don’t be confused as to which to take as it’s based upon your decision but keep in mind IELTS score is more preferable in countries like Australia, New Zealand, UK, etc. while TOEFL is preferred at universities of Canada and US.